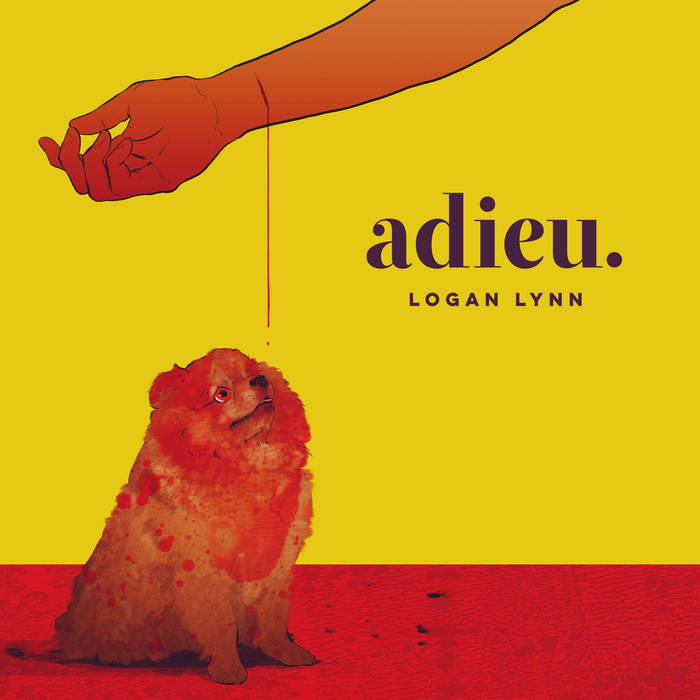 With ADIEU, Logan Lynn puts melody to his own mental health crisis and takes us with him on an unflinching journey inward. ADIEU is a leap into an abyss that most of us, including Lynn previously, spend our lives trying our best not to have to look at. There are no metaphors here; just dirty, honest and, at times, difficult truth.

Musically, ADIEU is a departure for Logan Lynn, with he and his longtime collaborator Gino Mari abandoning the electronic dance vehicle Lynn has made a name for himself by way of over the past 2 decades, landing them both squarely in a mix of rock, pop, punk and deep 90s vibes. Citing musical influences that range from Liz Phair, David Bowie, Elliott Smith, The Ocean Blue, Kathleen Hannah, The Sundays, R.E.M. and Innocence Mission to modern references like Whitey, Chvrches, Logan’s friends Chromatics, Portland Punk Icon Beth Ditto, and former labelmates and mentors The Dandy Warhols, both Lynn and Mari sound right at home in this space.

Over the course of the record’s 15 tracks, Lynn is our guide through very personal trauma, profound loss, his own persistent suicidal ideation and mental health struggle, and out the other side into a place of resilience, recovery, hope and love…or Hell, as it were.

Logan Lynn’s reclaiming of eternal Hellfire and damnation on ADIEU‘s final cut “Oh, Lucifer” is a brutal roasting of the religious fundamentalist cult he escaped as a young person and a grandiose middle finger to all of the insufferable anti-gay bigots he has encountered in the years since. By the time Lynn sings the lyrics “Remember, my dears that if we don’t sin then Jesus died for fucking nothing” and a demon voice begins to growl “Faggots should be burned”, it’s clear that this song — and album, for that matter – are not at all what they may have seemed.

Lynn’s 8th record ADIEU was released on his 8th year clean from a very well-documented 16 year addiction to cocaine, crack cocaine and alcohol that nearly took his life in 2008.